Timing is key.  Maybe you want to book a nice vacation – you probably want to avoid scheduling one during the holidays.

Better ideas lead to good content, and research proves that how you choose to execute that content will affect its social traction. The findings divided the content of articles into five types: how-to’s, lists, what-posts, why-posts, and videos. Here’s how we defined each post type:

They found that some post types did perform better than others. Lists and why-posts proved to have the most reliable social traction, averaging around 21,000 shares per month with a variance of less than 2.5%. What-posts were the riskier formats, showing a high variance of 13.45%. Further analysis of the six-month period revealed:

What types of content perform best for different industries?

The social metrics of content type also varied by vertical, proving that each audience has different preferences and behaviors.

For example, lists proved the best content type for the travel vertical, claiming 32% of shares. The list format corresponded with what people do when planning for a trip: Write down where they want to go, what they need to pack, and other details.

But lists didn’t do as well in the education vertical, where this post type claimed only 10% of shares. Other interesting insights they found were:

Although the average number of social shares per vertical did not vary wildly, some verticals performed better than others. The news vertical saw the most social traction, averaging more than 28,000 shares each month. Its high performance is likely because it has the broadest topic range of the different verticals. The second highest-performing vertical, entertainment, averaged more than 17,000 shares a month, while travel rounded out the top three with an average of more than 10,000 shares. Other findings included:

With more than 128,000 shares, October emerged as the month with the highest social traction for each of the different content types:

But that doesn’t mean you should saturate publishing come fall. A closer look at the data determined that different verticals perform better at different times throughout the year:

Conclusion:  Timing and relevancy key, especially if you desire of “going viral.”

If you want to know more about types of content that get shared, talk to Team Discovery. 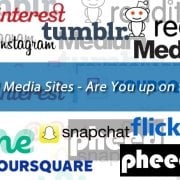 The Latest Social Media Sites – Are You up on them? 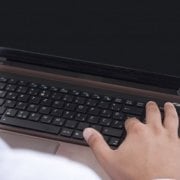 Why Google Hates Sites Without TrustRank