Is My Website Affected by the Real Time Penguin?

What this means exactly:

Your site will be penalized in near real-time (if you get unnatural links) as well as recover from a penalty incredibly quickly.(if you disavow or remove the bad links)

If, however, you’re trying to get away with some tactics that are not to Google’s liking, the Penguin will catch up to you really fast and you will not be able to use those tactics for any significant amount of time. Yet, for both recovering and prevention you will need a tool that works fast, accurate and constantly upgraded to the market needs.

With Penguin going real-time, the algorithm will now likely get a lot closer to fulfilling its ultimate goal: catch spam link profiles as quickly as possible and keep low-quality sites from ranking well in the search results.
Therefore,  if you want to stay ahead in the game (or in the SEO game at all), you will need to find a way to constantly and consistently audit your links and perform cleanups where necessary.

The cognitiveSEO toolset might be the most reliable partner you can take in your quest of keeping your websites’ high ranks. Here is how the unnatural link detection tool can save your site: 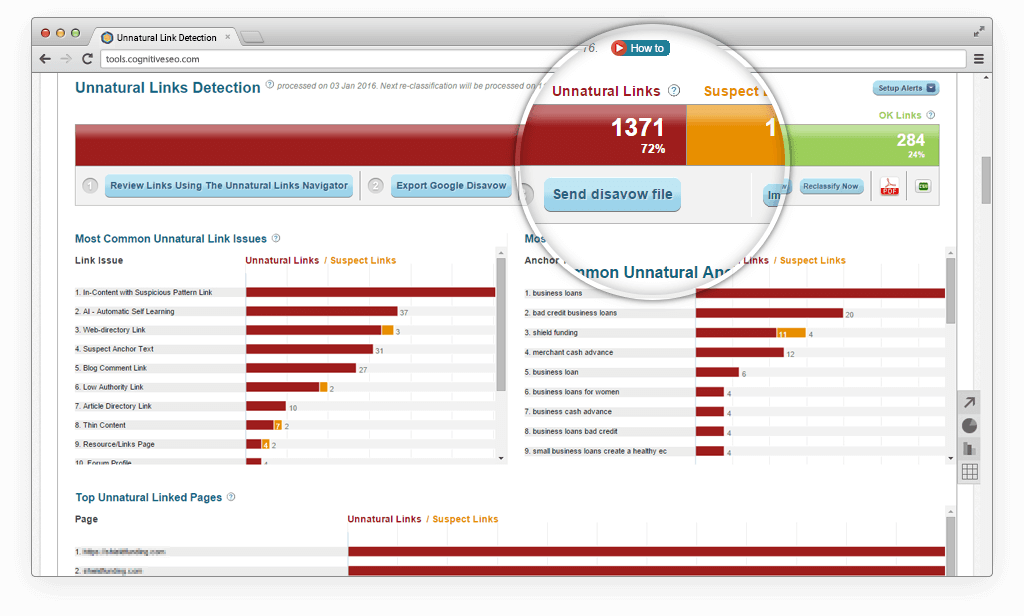 Update: A Google employee, Zineb Ait,  confirmed on Twitter, today 12th Jan, that this is a Google core update of the algo and it is not Penguin. Gary Illyes also confirmed here. So much simpler where there is communication confusion from Google. Looking forward for the Google Penguin 4.0 to be released. 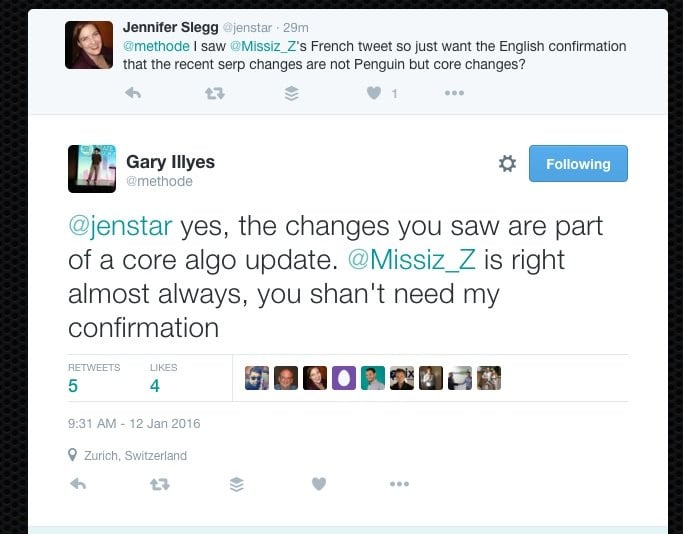 Google Penguin 4.0 ( the real-time update) might have been started!

During the last few days a very high SERP volatility was reported by most of the SERP monitoring tools. Lots of tools reported high volatility starting from the 6th of January. The highest spike was reported by Algoroo on the 10th of Jan. People also talk a lot on the SEO related forums about the volatility they see.

A first report was done by Dejan on the 10th of Jan:

“Yesterday we reported a significant volatility level in Google’s results but it looks like that was only a warm-up. Today is like nothing we’ve seen in 2015. It’s bigger than Penguin 3. The only event with the greater impact on search results was PayDay Loan update back in May 2014.”

This was not yet officially confirmed by Google but:

Google’s John Mu posted a very fuzzy response on Twitter minutes ago neither confirming nor denying the release of the Google Penguin. This makes me think even more that the update is Google Penguin. Else why would he not confirm that it is not. 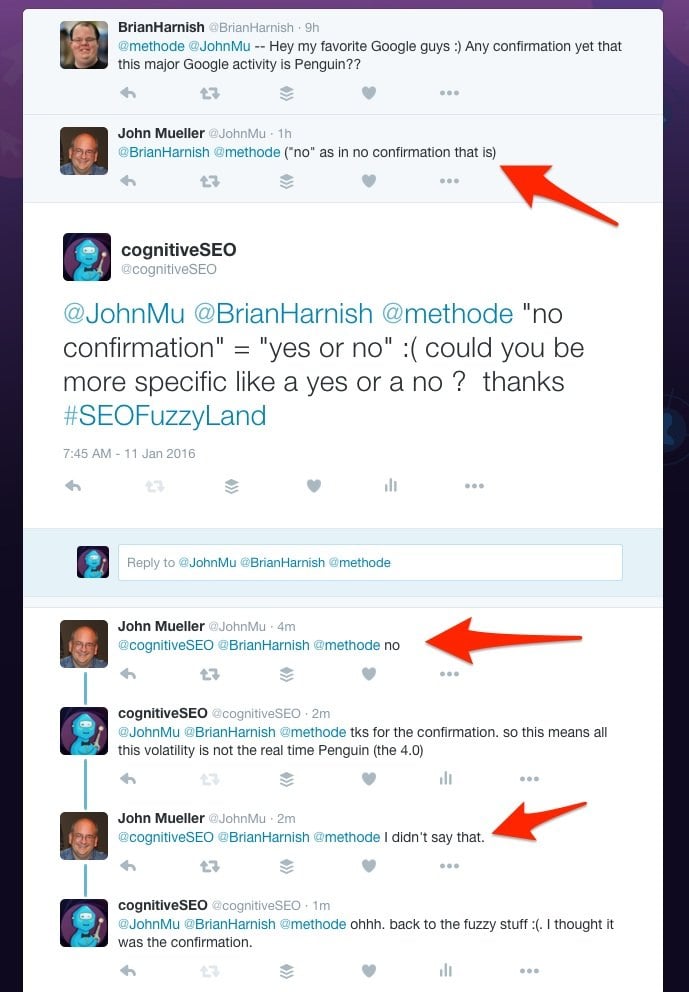 After this was posted we got a more straight answer from JohnMu saying that they do not have anything to announce yet. Still does not confirm positively or negatively this.

More tools report this high level of volatility in the SERP worldwide.

Also lots of discussions on Webmasterworld during the weekend about the Penguin 4.0 update. The opinions seems to be mixed about Penguin there.

Barry Schwartz reported on Seroundtable, on Sunday in a Special Report, about the SERP fluctuations. 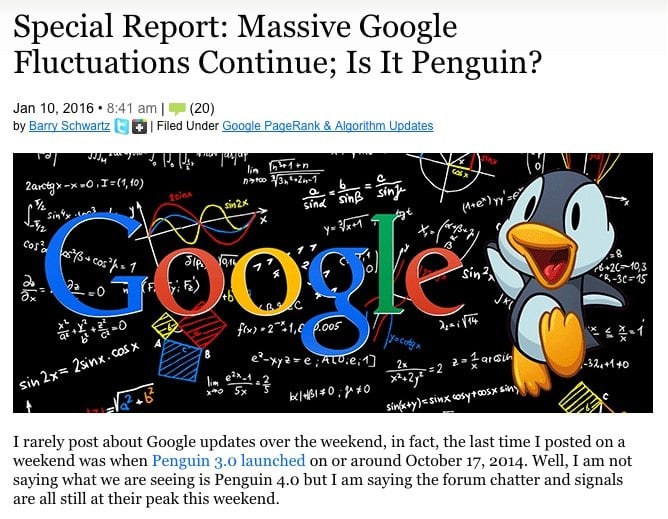 The real-time Penguin would allow webmasters to recover their sites much faster.At the same time it will penalize spammy link profiles on an ongoing basis.

In the last couple of years we, at cognitiveSEO, have learned a lot about unnatural links and penalties by analyzing lots of Penguin penalized sites.

Using the Unnatural Link Detection in the Google Penguin Recovery Tool, cognitiveSEO can help you recover and protect your website from Google Penguin 4.0 or any other link related penalty.

As stated in the beginning this was not officially confirmed by Google. When we have an official answer I will update this post as we get more information from Google’s representatives and from the community.

It may be that this is not Penguin, even though it is highly unlikely based on all the reports we see. It could be another Google update.

The affect of Cyber Crime on your business – #ProtectYourWorld

Your Best Best VPN Services of 2016
Scroll to top